A 16-year-old boy was killed Wednesday in a single-vehicle rollover wreck in Skokie, authorities reported this week.

Matthew Williams died in the crash, which occurred early Wednesday in the 8900 block of Skokie Boulevard, police from the suburban community said in a press release. At least two other people were in the vehicle at the time, but it’s unclear whether either was injured.

Authorities at 3:50 a.m. Wednesday were called to the scene of a single-vehicle crash.

“Upon arrival to the scene, Skokie emergency personnel determined that an occupant of the vehicle was fatally injured as a result of the collision,” police said in a press release. “The driver of the vehicle and another occupant remained on scene.”

Police did not say what factors they believe might have contributed to the crash. The other occupants of the vehicle were not publicly identified.

It’s unclear whether any citations were issued or charges filed as a result of the crash. The Major Crash -Assistance Team and Skokie police are investigating the incident.

“If you have any knowledge regarding the above incidents, were a witness, or have information on similar incidents please contact the Skokie Police Department at 847-982-5900,” police said in the release. 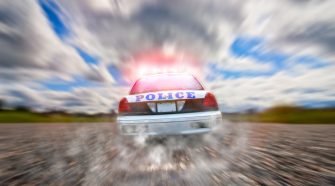