One person was killed Thursday morning in a single-vehicle wreck in Harrison County, according to the Texas Department of Public Safety.

Troopers identified David L. Ogle, 46, of Marshall, as the driver killed in the wreck. No other vehicles were involved in the crash and no other injuries were reported.

Troopers said Ogle was traveling west on FM 262 about 14 miles south of Marshall at about 7 a.m. Thursday when he lost control of his vehicle. The pickup truck went off the road, crashed through a fence and rolled over in a nearby pasture, authorities reported.

Emergency responders pronounced Ogle dead at the scene of the wreck, according to the state agency.

Details about what investigators believe might have led to the crash haven’t been released. It’s unclear from preliminary investigative reports whether factors such as speed or intoxication are thought to have played roles in the incident.

However, authorities did say that Ogle apparently was not wearing his seatbelt at the time he lost control of his vehicle and crashed through the fence. The crash remains under investigation by the Texas Department of Public Safety.

Next Police: Mozamel Abdul-Rahman Arrested For Assault Of Elderly Man In Boston 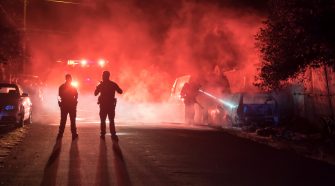 Multi-Car Accident in Solano Injures Christopher Shaw and Two Others