Two people sustained life-threatening injuries in a motorcycle crash that took place on Tuesday, April 21. The incident took place early in the evening and was reported to the authorities around 5:25 p.m. as per the preliminary accident reports.

According to the details shared by the Illinois State Police, the incident involved a single vehicle, identified as a 2002 Red Harley Davidson motorcycle. The motorcycle had a driver and a passenger on it at the time.

The driver of the motorcycle was identified by ISP as Melvyn Creps, 18, of Salem, Illinois. His passenger has been identified as Sara Mansker, 20, of Centralia, Illinois.

The motorcycle accident occurred when Creps and Mansker were riding the motorcycle while traveling eastbound on Illinois Highway 161. As the motorcycle drew close to the Moonglow Road in the Marion County, Creps applied the brakes too hard for some reason. He then lost control of the motorcycle which left the roadway and veered towards the right.

As Creps lost control of the vehicle, it collapsed causing both Creps and Mansker to be ejected from the vehicle. Neither of the two was wearing a safety helmet at the time. Both sustained life-threatening injuries and were rushed to an area hospital for emergency treatment. They were later airlifted to a St. Louis Hospital.

Preliminary accident reports from ISP show that the motorcycle driver has been charged with multiple offenses. These include operating an uninsured vehicle, failure to reduce speed to avoid an accident and violation of the driver’s license classification. ISP continues to investigate the incident.

Previous Woman Killed in Crash Identified as Shellie A. Hansens 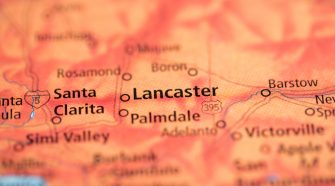