The police said a Jeep Wrangler driven by 24-year-old Rebecca K. Farrell of Plainfield headed west on the same roadway. The woman made a right turn onto County Line in front of Lewis’s motorcycle, causing him to strike her vehicle’s passenger’s side.

The motorcyclist suffered life-threatening injuries and received treatment at an area hospital. The state police cited Farrell for failure to yield. There is no additional information.

Under the Illinois Vehicle Code, vehicles at intersections have to yield to each other. The law states that when two vehicles enter an intersection from different roadways simultaneously, the driver on the left must yield the right of way to the car on the right.

Previous Roosevelt Logan Killed in a Vehicle Crash on Interstate 57 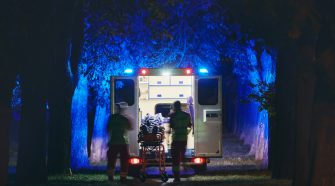