A car accident report from Bond County, Illinois, tells of a tragic solo crash that left one dead and another fighting to stay alive. The Sunday, May 24th, accident killed 25-year-old Lincoln Siebert, while 28-year-old Tess Lohman survived. The two are residents of Greenville.

The preliminary report released by the investigators with the Illinois State Police disclosed that the accident happened at approximately 4:30 a.m. on Illinois State Route 140 at Mill Road. Siebert and Lohman were traveling in a 1997 Jeep on the roadway when they sighted a deer.

The two could not stop in time to avoid hitting the animal and ended up striking it. The impact caused the vehicle to swerve, strike a guardrail, and overturn. The Jeep ejected its occupants and left them with extensive injuries.

Siebert succumbed to his injuries at the scene, and the medics pronounced him dead before transporting Lohman with life-threatening wounds to an undisclosed hospital. The ISP has not disclosed who was driving the Jeep between the two. The investigation remains active.

Deer sightings are more common on rural roadways in October, up to December. Facts gathered from several reports of car accidents show that drivers who sight animals often end up in an accident while trying to avoid them.

These accidents are more fatal for the motorist than the animal; thus, traffic authorities advise drivers to exercise care and caution when on rural bi-state routes. Additionally, they should drive with their headlights on at night or in the early hours of the morning, maintain the speed limit, and remain conscious of the environment. 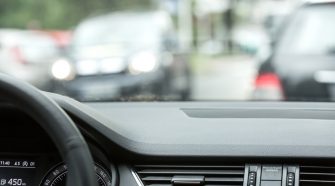