A man who got arrested over the weekend for killing a toddler in a traffic wreck in Garland, Texas, while intoxicated would need the services of a drunk driving attorney. The incident took place on Saturday, May 23.

According to the Garland Police department, the vehicles collided just after 10 p.m. and resulted in the death of a two-year-old girl. Another toddler and two adults also sustained injuries in the tragic occurrence.

The incident kicked off when officers spotted a motorist who ran a red light at the intersection of Broadway Boulevard and Oates Road. The officers followed in pursuit of the suspect after failed attempts to flag down the black Nissan SUV he was driving.

The motorist, identified as Adrian Maldonado, 19, accelerated his vehicle as he eluded officers. He jumped another red light on Broadway and Duck Creek and continued onto Interstate 30 and I-635. A Texas Department of Public Safety helicopter also joined the chase.

At some point, the driver turned off his headlights, while driving at speeds above 100 mph toward I-635 exit. The patrol officers reduced their speed and followed stealthily for safety reasons, but the driver maintained his pace without regards to public safety.

Maldonado ran at least two other stop signals before encountering a white Ford Mustang crossing the intersection at Shiloh Road on a green light. Police said the two vehicles collided, leaving all four commuters in the Mustang critically injured.

Medical personnel conveyed two toddlers, aged 2 and 3, and their parents, who were traveling in the Mustang, to a hospital. The 2-year-old girl succumbed to her wounds shortly after treatment commenced.

Maldonado and his passenger, Denise Vivas, tried to flee on foot, but officers caught up with them a short while later. Police said the driver was intoxicated.

Motorists facing DUI charges should endeavour to consult a drunk driving attorney as soon as possible. 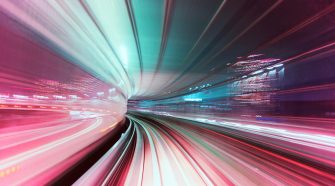