A man was killed in an unfortunate ATV incident that took place in the Williamson County on Sunday, April 26. The incident occurred at night and was reported to the authorities around 8:30 p.m. as per accident reports.

According to the details shared by the Williamson County Coroner Mike Junior Burke, the victim was a Marion, Illinois resident. Burke identified the victim as Shaunn Curry, 54. Burke revealed other important details surrounding the incident in a new release on Monday.

As per this release, the fatal ATV crash happened in the rural parts of the county. Curry was riding an ATV and just as he reached the intersection of the Fuller Road and Perry Road, he apparently lost control of the vehicle. The ATV then rolled over, causing Curry to sustain critical injuries in the process. Once the incident was reported, first responders and law enforcement arrived on the scene. Attempts were made to revive Curry but weren’t successful. He was pronounced dead at the scene of the crash.

At this point, it is not clear exactly how or why the incident occurred. The authorities are still investigating as to whether any other individuals or vehicles were involved in the crash.

The incident is currently being investigated by the Illinois State Police and the County Coroner. Authorities are specifically focusing on trying to understand the cause and manner of the incident. Once the investigations conclude, final accident reports may reveal exactly what caused Curry to lose control of the vehicle, leading to the crash which cost him his life.

Next Jacqueline A. Rainey Dies in Single-Vehicle Crash 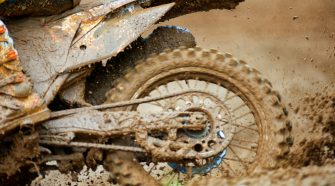