Police have identified the pedestrian killed while crossing a street Monday morning near Ypsilanti.

Jesse Campbell, 28, of Ypsilanti, died from injuries sustained in the incident, which occurred at about 3 a.m. Monday, the Washtenaw County Sheriff’s Department announced Wednesday. No other injuries were reported.

Deputies said Campbell apparently walked into the roadway on West Michigan Avenue near Wilson Avenue when he was struck by an eastbound vehicle. Campbell was taken to a nearby hospital, but his wounds proved fatal, authorities said.

The vehicle’s driver, a 17-year-old girl from Ypsilanti who was not publicly identified, was not hurt in the wreck. No citations or charges have been announced by investigators.

Authorities told local media outlets they do not believe excessive speed or alcohol contributed to the crash.

First responders worked on scene for several hours, diverting traffic until about 7 a.m., according to an alert sent out by the Washtenaw County Sheriff’s Department.

Friends of Campbell posted tributes to the late Ypsilanti resident on Facebook.

“Rest easy Jesse Campbell,” posted one person. “One of the nicest people I have ever met.”

“Bothered and saddened at the death of my bro, Jesse Campbell,” wrote another. 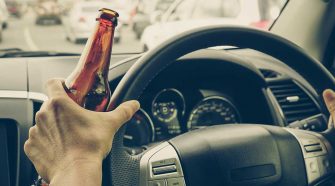