The family of a woman seriously injured in a multi-vehicle crash Sunday night in Taylor are raising money to help cover medical costs.

Megan Kozlowski, 24, has endured multiple surgeries since the wreck, which occurred at about 7:40 p.m. Sunday on Pardee Street, according to her family. Both of her legs were amputated and she remains in serious condition, according to crowdfunding campaigns created by her family members.

Family members said Kozlowksi and her friend, Zachery Austin, were attempting to push a vehicle that had run out of gas Sunday night when they were struck by another vehicle.  Both were pinned and suffered serious injuries, according to family members.

In the days since, both of Kozlowski’s legs were amputated and Austin lost a leg as well, according to a Facebook page set up to raise money for both of their medical expenses.

As of Thursday night, more than $4,000 has been raised via GoFundMe to help cover Kozlowski’s medical expenses.

“Our families have (come) together in support of this tragic time,” organizers of the GoFundMe campaign wrote, noting that “this is a new life for us all.” “We are grateful they’re alive.”

Additional details about the wreck, including the factors that contributed to the crash, weren’t immediately available. 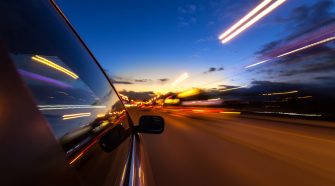