The services of a motorcycle accident attorney would come in handy following the identification of a motorcyclist who died in a three-vehicle collision in Lake Tahoe, Nevada. The Nevada Highway Patrol on Monday, June 15, named the fatal victim as Paul Bartell, a 71-year-old resident of Jackson, California.

Preliminary reports showed that the accident took place on the afternoon of Thursday, June 11. The Nevada Highway Patrol officers responded to the crash site shortly after 2 p.m. on reports of a traffic collision involving three motorcycles on Palisades Drive. The Douglas County Sheriff’s officials also responded to the incident.

Investigators determined that the victim was riding a burgundy Harley-Davidson motorcycle through the eastbound lanes of State Route 207. The motorbike then made a sharp hairpin curve to the right. Patrol officers said two other motorcycles, including a red-colored 2016 Harley-Davidson and a blue 2010 Harley Davidson, were westbound on the state route.

Bartell let his motorbike cross the double yellow lines into oncoming traffic, and directly in the path of the westbound motorcycles. The wrong-way motorcyclist then collided head-on with the red Harley Davidson before any of the riders could avoid a crash. Almost at once, the blue motorbike also struck Bartell’s vehicle, causing further damages.

The elderly man sustained died in the accident. The Douglas County authorities did not immediately disclose information about the conditions of the two other motorcyclists. The incident remains under investigation.

Victims of traffic wrecks involving a motorbike can contact a motorcycle accident attorney for counsel and representation.

Next Robert Gandara Detained After Crashing His Vehicle into Golf Cart, Injuring Five 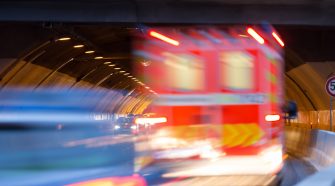