The unfortunate victim of a fatal motorcycle crash that took place in Quincy last week has now been identified by the authorities. The deceased was identified on Tuesday, September 22 as Isaac L. Hickman, 22, of Quincy.

According to the details shared in a crash report, Hickman died in a collision between a car and a motorcycle on Friday, September 18. He was riding a motorcycle at the time, identified as a 2015 Honda Sport. The collision occurred at the intersection of the South 11th Street and Payson Avenue.

The other vehicle involved in the crash was a 2016 Chrysler 200. The driver of the Chrysler was identified as Morgan L. Patrick. Patrick told the police that the motorcyclist failed to yield the right of way which led to the collision.

Hickman sustained critical injuries in the collision. As the first responders arrived on the scene of the crash, attempts were made to revive him. He was then rushed to the Blessing Hospital. However, attempts to revive him failed and he died at the hospital.

A number of local agencies and departments responded to the crash and aided in rescue efforts. These included Adams County EMS, Quincy Police Department, Quincy Fire Department and the Adams County Ambulance. 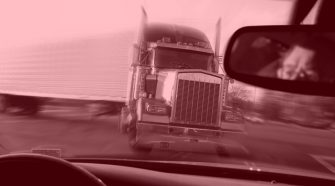