Three young men died, and another received serious injuries in a violent high-speed crash that occurred on Friday morning in Harris County.

The authorities say 19-year-old Arturo Mireles was the driver of the Honda Civic that was involved in the crash.

He was reportedly speeding along Aqueduct Road in the area of North Lake Houston Park when he ran a stop sign and crashed into a tree.

The accident happened around 2 a.m.

Harris County Sheriff Ed Gonzalez said Mireles and his front passenger were killed instantly.  One of the two passengers in the backseat died en route to the hospital.

Gonzalez later revealed that the other two deceased were 21-year-old Alfonso Quintanilla and 25-year-old Francisco Vargas. He did not disclose where each one was seated in the vehicle.

The fourth man, 25-year-old Alan Parada, was taken to surgery and was said to be in serious condition.

The sheriff said the crash was very devastating and the car’s motor was forced into its front compartment.

Deputies were not immediately certain how the four men knew each other. Investigators will be probing the cause of the crash. Gonzalez said speed was a factor but they will also look to see if alcohol or any other intoxicants also played a role.

He said seeing so much death is one collision was always sad.

On average, ten people die on the roads of Texas every day, making the state one of the deadliest in the country. 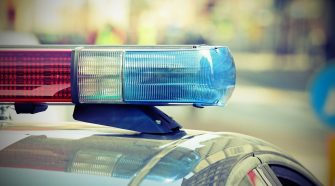