Aviles was traveling south on LBJ Drive when he hit a guardrail. The impact caused him to strike another vehicle that was heading north at about 11 p.m. The collision caused the four occupants of the other car to sustain fatal wounds, and the authorities pronounced them dead at the scene.

Meanwhile, Aviles sustained severe injuries as a result of the accident. The Texas Department of Public Safety revealed that he was in critical condition at CHI St. Joseph Health in Bryan.

Officials are yet to make any statement regarding whether alcohol or speed are factors in the crash. The road where the accident occurred has a listed speed limit of 45 miles per hour. It is still unknown if Aviles will face charges.

Speeding is a major factor in most road accidents, according to accident reports. Authorities caution drivers against driving at high speed, and advise them to keep to the legal limits.

Driving under the influence is another major cause of road accidents. Drivers must never drive after taking drugs or alcohol. They must ensure that they are mentally fit before taking to the road. 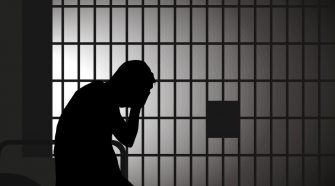