A woman is facing charges as a result of an accident that occurred while she was intoxicated.

The report comes on February 18, regarding Iza Salinas. According to the preliminary investigation done by the Texas Department of Public Safety, Salinas was driving in the area of Beam Station and Carmen Street while she was intoxicated.

Her vehicle left the roadway. She struck a fence and a tree. She also struck a 5-year-old child, whose name has not been released.

According to the family of the injured child, they took her to the hospital, but she was released shortly after. She sustained a concussion and some bruising above her kidneys.

The Texas Department of Public Safety plans on having to call several witnesses in regard to this accident.

There is nothing in the report to indicate that Salinas was injured in the multiple collisions she caused while driving impaired. There has been a report of property damage.

Salinas was arrested and taken to Jim Wells County jail where she has received a driving while intoxicated charge.

She is also facing charges for intoxication assault charges due to the injuries the 5-year-old received as a result of the accident.

In Texas, intoxication assault is a third-degree felony. The sentence for a conviction on this charge can carry a prison sentence of anywhere between two years and 10 years. 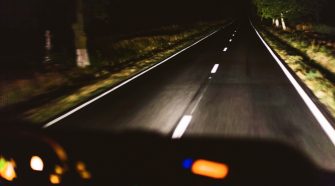