A woman identified as Maria Muniz De Ronquillo died after a car she was traveling in hit a horse on Highway 385, Odessa, Texas. Accident reports revealed that the crash happened in the early hours of Monday, May 11.

The Texas Department of Public Safety reported that the accident occurred about 10 miles of Odessa just past 5 a.m. Raul Ronquillo Galindo was driving the vehicle involved in the crash and was heading south on the highway. The deceased was a passenger in the car.

While they traveled, a horse suddenly walked into the road. On sighting the animal, Raul attempted to swerve away to avoid a collision. He, however, failed in his attempt and struck the horse. The resulting impact caused Maria Muniz De Ronquillo to sustain critical injuries.

Response teams and paramedics arrived at the scene and rushed her to Medical Center Hospital, where she was later pronounced dead. Findings showed that Raul and Maria had their seatbelts on when the crash occurred.

Animal-related accidents are a major cause of road accidents. To avoid this kind of accident, authorities advise that drivers must drive slowly, especially when driving through wildlife areas. When driving at high speeds, it becomes difficult to slow down or react fast enough to avoid a collision with an animal.

Drivers must avoid swerving to evade striking an animal. This is because they could swerve into an oncoming vehicle, or a dangerous object, causing more severe damage and loss of life. When involved in an animal-related accident, drivers must not flee the scene of the crash. Accident reports must be filed, stating the cause of the crash and details about it. 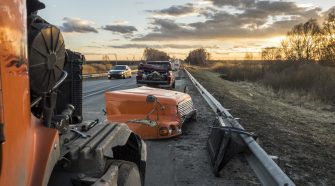