A Katy, Texas man has died after a crash on County Road 171 on Wednesday evening.

He is 26-year-old Wyatt Richard Williford and troopers with the Texas Department of Public Safety said the crash occurred around 5:50 p.m.

According to preliminary accident reports, Williford was heading west in a 2006 Ford F-250 when he lost control of the vehicle in a bend. He hit a culvert and the pickup truck went airborne and hit multiple trees.

The authorities believe Williford lost control because he was traveling at an unsafe speed on a wet road.

He was taken to Palestine Regional Medical Center where he later died. Judge Gary Thomas pronounced him dead.

The accident remains under investigation and follow-up accident reports could contain additional information.

Meanwhile, there was another fatal single-vehicle accident in the area around 4:30 on Saturday morning.

It occurred on State Highway 155 close to the Country Road 42 junction in Frankston.

In that crash, a sports utility vehicle drifted off the road for unknown reasons and crashed.

One person was killed.

The identity of the victim was not immediately released and investigations into that accident were also ongoing.

The National Highway Traffic Safety Administration says fatal car accidents are more likely to occur over the Memorial Day weekend than any other holiday weekend.

These crashes happen because of alcohol use, fatigue, and increased road traffic.

On average, more than 300 people die in traffic accidents across the country over that weekend.

The National Safety Council estimated that 366 people would die this year. 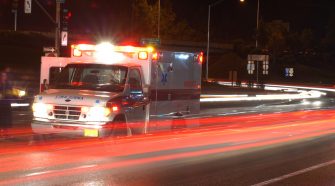