Authorities said a woman was intoxicated behind the wheel Sunday in Tucson when she collided with a motorcycle, fatally injuring its rider.

Tori Gonzalez, 43, was arrested Sunday on a charge of second-degree murder, according to a release from the Tucson Police Department. She was detained after the crash on suspicion of driving under the influence of intoxicants.

Online records did not say whether Gonzalez has hired a drunk driving lawyer to defend her.

Police said Gonzalez was driving west on East Prince Road at about 9 p.m. Sunday when she attempted to turn left onto North First Avenue. She crossed in front of a motorcycle operated by Dylan Wilke, 21, Tucson police reported.

Authorities said Wilke was unable to stop in time to avoid the crash. Emergency responders transported Wilke to an area hospital for treatment of critical injuries, but he was pronounced dead shortly after arriving, according to the press release.

An officer at the scene determined Gonzalez was impaired and she was booked into the Pima County Jail. Online jail records as of Wednesday evening no longer listed Gonzalez as an inmate.

Wilke, who was wearing a helmet at the time of the crash, was going to be a father in a few short months, family members wrote in a Facebook fundraising post.

“Dylan was a hard worker and just starting his life with his first love of six years,” friends wrote in the fundraising campaign post. “He was so excited to become a father as they are expecting their first baby this October.”

Online records do not show upcoming court dates for Gonzalez, who likely will rely on defense from a drunk driving lawyer. 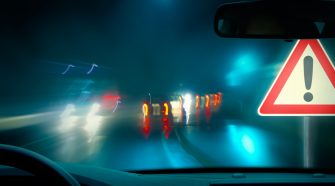