A lawsuit has been filed following the October 2019 traffic accident that caused the death of a Sheriff’s Office deputy in Falls County, Texas. It was filed in the 82nd State District Court. Accident reports about the incident had attracted lots of public attention.

The widow and parents of Deputy Matt Jones are suing Fort Worth resident Michael Palmer. He lost control of his vehicle of State Highway 6 and crashed into Jones and Riesel Police Chief Danny Krumnow.

The officers were responding to an accident near County Road 118 when the crash occurred. They were reportedly standing next to the car when Palmer lost control of his 2006 Mazda 6 and crashed into Jones’ patrol car.

The impact threw both men off their feet and left Krumnow wedged under the police vehicle. Jones passed away at the scene.

The lawsuit reveals that the family mourns the loss of their loved one daily and that Jones’ death resulted in emotional scars.

The suit is also seeking a temporary injunction to prevent the insurance company from altering or discarding the vehicle until the plaintiffs’ can have their experts inspect it.

Krumnow and his wife, Carnelia Krumnow, are also suing Palmer. However, their suit also names Mazda Motor of America and Mazda Motor Corp as defendants and they are asking for more than $1 million in damages.

Krumnow received eight broken ribs, a concussion, a lacerated spleen, and a dislocated knee, according to accident reports. He is recovering at home but needs surgery on his knee. His operation was postponed because of the coronavirus outbreak.

Krumnow’s lawyer said it was unlikely that his client would be able to return to a career in law enforcement. 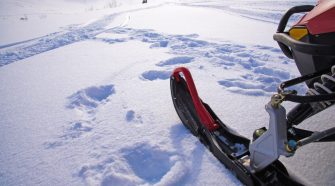