A missing person case solved on Wednesday afternoon, May 6, calls for the legal expertise of an experienced bicycle accident attorney. The Maricopa County Sheriff Department confirmed that officers discovered a cyclist’s body, barely 48 hours after his family declared him missing in Phoenix, Arizona.

Sheriff’s deputies said they located the deceased just south of Sun Lakes, with his dented bicycle nearby. According to the reports, his body was lying near a canal when the rescue team found him.

Authorities believe the bicycle crash leading to the victim’s death took place on May 4. The missing person’s report filed by his family showed that the 67-year-old biker, identified as James Wells, a Sun Lake resident, rode out on his bike on Monday night.

The elderly man, thought to have been riding at the San Tan Mountains, never made it back home that night, the family confirmed. The next morning, they informed police about the situation, prompting a search for him.

The Maricopa authorities do not suspect foul play was involved, ruling his death as an accident. The accident reports did not state whether Wells was wearing a helmet.

In addition to wearing a helmet while cycling, it is vital to abide by other safety tips that help minimize bicycle crash injury or prevent the accident altogether. Such tips include paying attention to surroundings while riding to detect potential road hazards on time and to avoid riding at night, especially in an unlit area.

In cases where another vehicle is involved or suspected in the accident, a bicycle accident attorney can come in handy in reviewing the case and conducting an independent investigation. 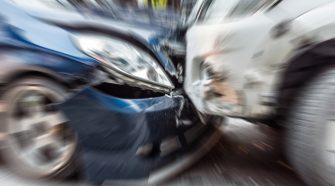