A man was arrested in the hit-and-run that critically injured his passenger on the evening of Monday February 24, according to police. The driver has been identified as Ryan Weber.

As he was turning, he failed to yield to oncoming traffic and crashed into a truck driven by a 51-year-old man.

According to Phoenix police, Weber then ran from the scene. The passenger in Weber’s vehicle, who was sitting in the front seat, was taken to a local hospital in extremely critical condition.

The driver of the truck, whose injuries were not reported, remained on the scene. His identity has not yet been released. Police said it was determined that the driver of the truck was not impaired at the time of the crash. Because Weber fled, police were unable to ascertain whether he was impaired. 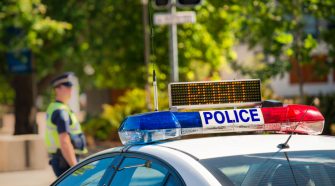