Three people, including two minors, were killed in a car crash in Lemon Grove, California at approximately 4:00 p.m. on Wednesday.

Lizbeth Rosario Soto, 18, was killed when the 2006 Honda Acura in which she was a passenger collided with another car, a 2003 Dodge Durango, while turning left onto Massachusetts Avenue from Lemon Grove Avenue.

Soto and her 13-year-old brother Alexander were pronounced dead at the scene. Their 7-year-old niece, Camila Nava, later died of her injuries in a hospital.

The driver of the vehicle, Emily Soto, 20, was hospitalized in critical condition, along with the fifth passenger, Melina Cardenas, age 4.

The driver of the Durango, an adult male who has not been identified, was also taken to a hospital but suffered no serious injuries.

The collision remains under investigation. No charges have yet been filed, and drugs and alcohol are not believed to have played a role. However, police say that one of the drivers would have had a red light. The Acura was turning west from north when it was struck by the southbound Durango. 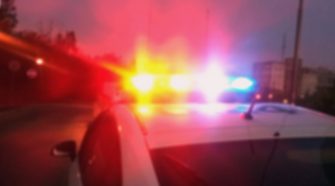