In Rosemead, a suburb in Los Angeles County, an accident involving a bus and car left a total of 10 people injured. Los Angeles authories say that the injured were first thought to be many more, around 22, but that number was lowered later.

The accident began as a car vs. car accident, with a first vehicle hitting the car that ended up striking the bus. The car pushed the other car into traffic on the opposite side of the road, where the bus was approaching. Because the bus was coming from opposing traffic, the accident was head-on,  an attribute that likely contributed to the number and severity of injuries.

The bus was a tour bus, reportedly on its way to take passengers to a casino.

Three of the 10 injuries were critical. Two of them were from the bus, and the other an occupant of the car that hit the bus.  All 10 injured were taken to hospitals in the Los Angeles area.

If you have been injured in a car accident or bus accident, be sure to contact a lawyer for help. There are many parts of a car accident where lawyers can offer advice, including insurance policy problems and civil injury claims. For a free consultation, contact our Los Angeles lawyers quickly.

Next Los Angeles Accident Kills One on Sunday 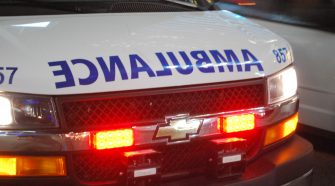