Three people were injured, including two children, in a crash near Shadowridge Drive and Ocean Hills Drive in Oceanside, California, on Saturday evening.

Authorities have not released the names of the injured persons, but they are known to include two minors, a 6-year-old boy and a 4-year-old girl, who were passengers in the vehicle, as well as their mother, a 37-year-old woman. All three were residents of Vista, California.

The crash, which occurred at around 7 p.m., began when the car veered off the roadway and hit several objects, including multiple electrical boxes, before flipping over. The damage to the electrical boxes caused a power outage for over 1,500 San Diego Gas and Electric customers, many of whom remained without power as late as Sunday morning.

After the car rolled over the driver was trapped until she was freed by first responders. She suffered serious injuries and was taken to a trauma center, but is expected to survive. The two children, who were able to escape the vehicle before being rescued, were also taken to trauma centers.

No other cars were involved. Authorities are still investigating the crash, and are unsure whether alcohol was a factor.

Next Pedestrian Hit by Car, Killed in Chicago 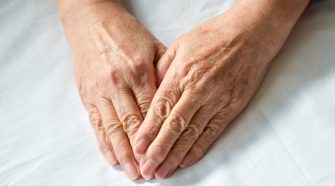