A woman accused of intentionally rear-ending a parked car and killing its driver in Cobb County, Georgia, would need a top accident lawyer.  The suspect was in custody on Monday evening, May 17, following the bizarre occurrence.

Confirming the incident, the Cobb County authorities said it happened in the area of Barrett Parkway and Dallas Highway. The female motorist drove into the back of another vehicle shortly after 7 p.m., in what investigators believe was an intentional assault.

Preliminary investigations revealed the woman, identified as Cikira Faison, 20, of Dallas, was operating a green 2006 Volkswagen Beetle. Faison, who was the vehicle’s only occupant was traveling through the southbound lanes on Dallas Highway, approaching an intersection.

The woman failed to pull over, as she neared a silver 2002 Saturn SC1 observing the stop signal on the traffic light at the intersection. Officers said Faison intentionally pushed forward until her Beetle struck the rear of the Saturn. 58-year-old Frank Thompson of Austell was behind the wheels of the struck car and sustained fatal injuries in the collision.

Emergency responders pronounced the injured man dead at the scene. The reports did not ascertain whether he was using protective restraints at the time of the collision.

Meanwhile, Faison did not sustain injuries. Following the investigations, detectives determined the act which led to the fatality was intentional, although officers are yet to release a motive for the crime.

The suspect remains held without bond at the Cobb County Jail on charges of aggravated assault and murder. Faced with two felonies, the suspect would require legal representation by a top accident lawyer.

Next Daniel Andrade Dies in Head-On Collision in Santa Barbara 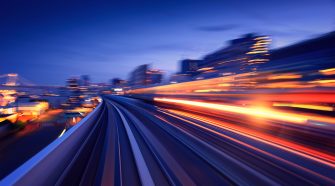 Pascuala Casteneda Identified as the Woman Who Lost Her Life in U.S Route 95 Accident