On Thursday, June 18th, the Corps identified Wolfgang “Wolf” K. Weninger, 28, of Auburn, Ohio, as the fatal victim of an airborne training accident in Fort Benning, Georgia. The accident report showed that the Marine Raider passed away on Tuesday, June 16th.

The man was part of the U.S. Army Basic Airborne Course at the Fort. In a press release on Wednesday, June 17th, the Marine Forces Special Operations Command said that the investigation into the incident has commenced to find out what went wrong.

The release described Weninger as precisely what they look for in a student looking to become a Marine Raider. It noted that the victim was a consistent top performer, a natural leader who never complained, and always available to help his teammates during challenging events.

Weninger joined the Corps in 2015 as an armory custodian with Combat Logistics Battalion 2, 2nd Marine Logistics Group, and stayed with them until December 2018. MARSOC said that the victim joined them in January 2019 after graduating from the grueling Individual Training Course, earning the Marine Special Operator Insignia, and the 0372 Critical Skills Military Occupational Specialty in October 2019.

Colonel Travis Homiak, the commanding officer of the Marine Raider Training Center, said on Thursday that the Corps heart goes to the victim’s family and friends. He described Weninger as an incredibly smart, dedicated, and dependable Marine, adding that while he was starting his career as a Marine Raider, his contributions would not go unnoticed. 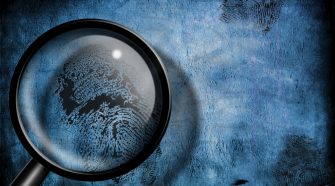