A fatal crash which took place along Interstate 75 in Monroe County, Georgia, left a motorist dead after his vehicle veered off the highway and capsized. The accident reports revealed that the crash involved an 18-Wheeler driven by a 49-year-old Missouri man on Saturday, April 11.

According to the Monroe County Sheriff’s Office, the fatal wreck occurred at about 5 am, near the mile marker 197.

As reported, the eighteen-wheeled vehicle was traveling through I-75 when for reasons yet to be established, it drove off the highway, crashing into several trees and a fence line on its path before rolling over.

The operator of the large vehicle sustained fatal injuries in the deadly traffic wreck and was pronounced dead at the scene by emergency responders.

The county sheriff’s office disclosed the identity of the deceased motorist as Derriun F. Taylor, 49, of Perryville in Missouri.

It was not immediately made clear whether drugs and alcohol were factors in the accident. Meanwhile, no other casualty was recorded as a result of the tragic crash.

Authorities are investigating the incident to determine the circumstances leading to the traffic mishap.

Investigators would also consider such causative factors as distracted driving, intoxication, the influence of a controlled substance, underlying medical conditions, and a possible fault in the vehicle.

Further findings regarding Taylor’s death would be included in the accident reports once they are made available. 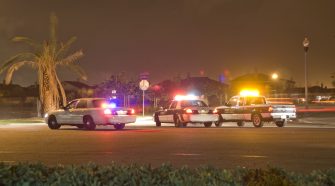 Krysta May Identified as Woman Injured in Sonora Two-Vehicle Collision