The driver of a second vehicle in a fatal accident Monday night February 24 in Habersham County has been identified by the Georgia State Patrol as 65-year-old Hayward Cochran, Jr. of Toccoa.

Cochran was pronounced dead at the scene. His body was taken to the GBI Medical Examiner’s Office in Decatur for autopsy. After expressing condolences for the family, the county Coroner Kasey McEntire reported that Cochran was killed instantly upon impact.

The driver of the Jeep Wrangler was previously reported to be Habersham Central High School junior Hadden Carswell. Carswell, 17, is reported to be in stable but critical condition at Northeast Georgia Medical Center in Gainesville. When transported there after the accident, he underwent emergency surgery and was placed in a medically induced coma.

Habersham County Little League posted on social media late Monday night that Hadden “has come through surgery … and still has a long road to recovery.” 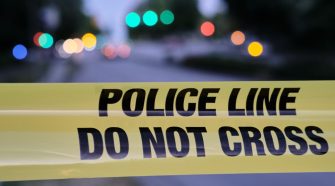