Police investigating a deadly crash in Georgia that killed a Portsmouth couple and their three children have identified the driver responsible for the accident.

On Wednesday, Georgia State Patrol reported that 77-year-old Milton Lee Long of Cooper City, Florida, was the driver in the crash.

According to Georgia interstate authorities, six people, including three children, were killed early Sunday morning in a head-on collision on I-95 in Midway, approximately 25 miles southwest of Savannah.

Liberty County sheriff’s officials reported that officers received reports of a white Lexus, driven by Lee, traveling southbound in a northbound lane of I-95. Deputies were headed toward the scene when the crash was then reported in the Midway area. Deputies arrived and found a head-on collision between the Lexus and an SUV with no survivors.

The SUV, a 2012 Nissan Rogue, was traveling northbound on I-95 at the time of the collision. According to the Georgia State Patrol report, those killed in that vehicle were from Portsmouth, Virginia. They were the driver, Sara Robinson, 41; front passenger, Nathan Robinson, 37; and three children whose exact ages were not yet verified: Stephen Robinson, 12 or 13; Rebecca Robinson, 13 or 14; and Alexander Robinson, 4 or 5.

The Georgia State Patrol reported that the circumstances surrounding the crash are still under investigation. Police have reported that all involved were wearing their seatbelts and Long was not believed to have been impaired at the time of the crash.

Previous Christopher Griggs, Robert Avery Identified After Crashing into a House and Fleeing the Scene 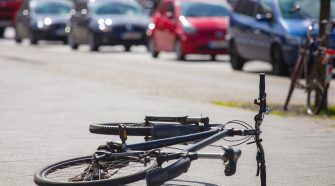