Georgia State Patrol on Sunday released the names of the three people killed in Friday’s crash at Forest Parkway and Lake Drive in Forest Park. The accident occurred around 6:30 p.m.

Witnesses said the Corvette was speeding on Forest Parkway and Williams tried to pass between cars but lost control of the vehicle. The Corvette reportedly spun and hit the Ford, exploding and spreading parts and debris for about a block along Forest Parkway and onto the grass near the railway tracks.

Williams was thrown across Lake Drive and landed in the street in front of the Recreation Center. Two people had to lift pieces of a vehicle off him. He was pronounced dead at hospital while Carbajal and Hernandez died at the scene.

Meanwhile, a green SUV traveling west on Forest Parkway then struck the wreckage of the Corvette. The driver suffered injuries to his knee.

Onlookers were able to rescue a 13-month-old baby from the backseat of the Fiesta by breaking out the rear window. Police say the child was injured but in good condition when taken to Children’s Healthcare of Atlanta Egleston Hospital.

She said the bodies were with the Clayton County coroner.

Investigations are ongoing and the GSP Specialized Collision Reconstruction Team is assisting. 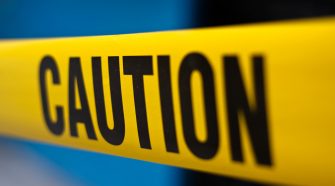