A teenage girl from Tennessee was killed in a car crash in Georgia on Monday night.

She is 17-year-old Bailey Smith of Soddy-Daisy, according to accident reports.

The crash took place on Interstate 75 in Ringgold around 10:45 p.m.

State authorities said Smith was the front seat passenger in a 2002 Ford Explorer driven by a 17-year-old boy from Dalton, Georgia.

The GSP said the boy was driving too fast for the conditions and he was unable to stay in his lane.

Police revealed that the SUV rotated counter-clockwise, went off the west shoulder of the road, and crashed into a guardrail on the passenger’s side.

The vehicle then went through the rail and down an embankment before it overturned.

Smith, a 17-year-old backseat passenger, and the driver were all ejected from the SUV.

All five people in the car were taken to Erlanger Hospital in Chattanooga for treatment.

The authorities said Smith died at the hospital.

The state patrol revealed that no one in the crash was wearing a seatbelt.

Investigations are continuing and new information could be released in future accident reports. The GSP Specialized Collision Reconstruction Team is on the case.

Smith’s family may have grounds to file a wrongful death claim against the driver of the SUV. This would allow them to claim compensation for both economic and non-economic losses relating to their loved one’s death. 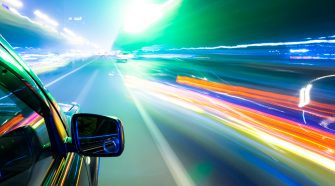