The car accident report disclosed the police dispatched officers to the collision site at about 1:14 a.m. When they arrived at the intersection of Washington Street and Wolflin Avenue, they discovered that the incident involved a 2016 Hyundai Elantra driven by a 41-year-old female, and a 2008 Mazda 3.

The Hyundai was heading south on Washington while the Mazda was traveling east on Wolflin, about to turn northbound on to the first street. The APD said that the female driver struck the second vehicle, and the impact ejected Stephenson, from the car.

The medics took the then-injured woman to the hospital where she died. A second passenger in the Mazda, a 19-year-old female received treatment at an area hospital, while the driver appeared unscathed. The police said the motorist left the scene before they concluded their preliminary investigation.

The driver of the Hyundai sustained non-life-threatening injuries and received treatment at a local hospital. The Traffic Investigation Squad of the APD is heading the investigation into the accident. There’s no additional information.

Two-vehicle collisions are responsible for some crash-related deaths and one of the common types of traffic crashes. Others are single-vehicle accidents, multiple vehicle crashes, auto-pedestrian accidents, and auto-motorcycle crashes. Drivers can avoid the preceding by obeying traffic rules and regulations and practicing safe road habits.

Next George Valentin Arrested After Hit And Run Crash In Corona 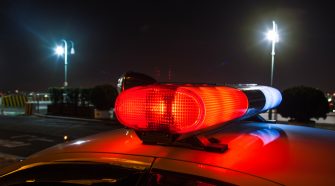