A motorcycle accident claimed the life of one person on the Dyan Ryan Expressway. The fatal crash occurred on the evening of Friday, July 24. The deceased was identified as Deon Johnson, 26, of Chicago.

Deon Johnson was traveling southbound on the Dan Ryan Expressway at the time of the accident. The Toyota Avalon was also traveling southbound, directly in front of Johnson. Near the 56th street, the driver of the Avalon suddenly applied brakes to stop the vehicle. This was done due to another vehicle that had broken down ahead on the road.

Johnson was unable to brake and stop in time. His motorcycle continued towards the Avalon and struck its rear at a high speed. The sheer impact of the collision ejected Johnson from the motorcycle’s seat and sent him flying. He sustained critical injuries in the incident.

Once the paramedics arrived on the scene of the crash, Johnson was rushed to a local hospital. However, he succumbed to his injuries and was pronounced dead at the medical facility. The driver of the Avalon remained largely safe in the incident and had no injuries to report.

Illinois State Police continues to investigate the incident. However, it is likely that the other driver will not be held liable for negligence in this incident. Subsequent accident reports may confirm this. 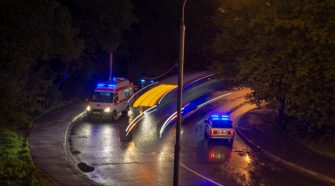