Authorities this week publicly identified the 35-year-old Kingston woman who died in a two-vehicle crash Sunday in DeKalb County.

Cristy E. Fisch died from injuries sustained in the wreck, which occurred at about 7 p.m. Sunday in the 7000 block of Cherry Valley Road, according to officials from the DeKalb County Sheriff’s Department. The crash occurred a few miles northwest of the city of Kingston.

Deputies said Fisch was driving a 1996 Chevrolet Camaro west on Cherry Valley Road on Sunday evening when her vehicle crossed the road’s centerline. Fisch then struck another vehicle, a 2012 Honda CRV, which was heading east, according to authorities.

The Honda was driven by a 60-year-old DeKalb woman, whose identity was not released by deputies. She reportedly was taken to Northwestern Medicine Kishwaukee Hospital for treatment of suspected minor injuries.

Fisch had to be extricated from her vehicle. Authorities said she was taken by Kirkland Fire Department responders to OSF St. Anthony Medical Center, where she was pronounced dead.

Lt. Jim Burgh, of the DeKalb County Sheriff’s Department, told local media outlets that both vehicles were totaled in the wreck. The sheriff’s department is continuing to investigate the crash. 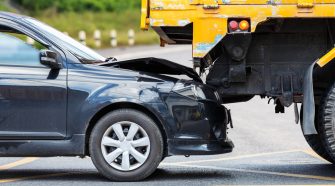