Authorities have identified the motorcyclist killed in a two-vehicle crash Saturday morning in Will County.

Joseph Farbo, 21, of Homer Glen, died at a hospital shortly after the crash, according to a release from the Will County Coroner’s Office. Car accident reports available Sunday do not say whether any other injuries were reported as a result of the wreck.

Authorities said Joseph Farbo was driving his motorcycle on Parker Road on Saturday morning when he collided with a pickup truck. Farbo was taken to Silver Cross Hospital’s emergency room, where he was pronounced dead at 10:22 a.m. Saturday, according to car accident reports from the coroner’s office.

An autopsy is set to be conducted Monday.

“The final cause and manner of death will be determined at a later date pending police, autopsy and toxicology reports,” coroner’s office officials wrote in a press release.

Reports available Sunday provide few details about the wreck. Authorities have not publicly identified the driver of the pickup truck involved in the crash, and it is unclear whether anyone else was injured.

The Will County Sheriff’s Department is investigating the incident. Authorities have not yet said whether they suspect either driver was at fault for the crash and no citations or charges have been issued.

Reports available Sunday also do not say whether investigators suspect the involvement of factors like speed, intoxication, or inattentive driving. 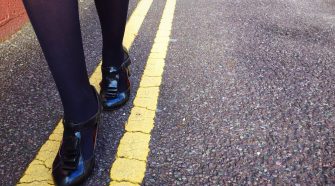