Authorities have identified the man killed in a single-vehicle wreck late Saturday night on an interstate near Peoria.

Marcelas D. Washington, 25, of Peoria, died as a result of injuries sustained in the wreck, which occurred at about 11 p.m. Saturday on Interstate 74, according to the Illinois State Police. No other vehicles were involved in the wreck and car accident reports do not list any other injuries that occurred as a result.

Troopers said Washington was driving east on the interstate near the junction with Interstate 4747 and Illinois 6 at about 11 p.m. when he lost control of his vehicle. The car veered off the roadway and into a ditch, which caused it to go airborne, according to car accident reports.

Washington’s vehicle was launched into the underside of the Interstate 474/Illinois 6 overpass, troopers said. Washington was ejected from the vehicle during the crash, according to authorities.

No one else was in the vehicle at the time, according to car accident reports.

The Peoria County Coroner’s Office pronounced Washington dead from his injuries shortly after the crash. Authorities said they still are awaiting the results from toxicology tests.

The Illinois State Police continues to investigate the incident. It is unclear from car accident reports released Sunday afternoon whether authorities believe factors like intoxication, speed or inattentive driving contributed to the wreck. 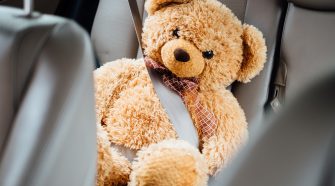