At least two people turned up dead over the weekend after a motorcycle they were traveling in encountered a multi-vehicle collision in Clayton, Georgia. The fatal occurrence happened on the evening of Saturday, May 23, and requires the intervention of auto accident attorneys.

According to the Georgia State Patrol, the crash occurred at precisely 4:25 p.m. on Highway 441 and Old Highway 441. No fewer than five vehicles were involved in the encounter, including a Harley Davidson bike conveying Dawn Head and David Head, both of Scaly Mountain, N.C.

The incident kicked off when a 2006 Jeep Commander, driven by 22-year-old Tristan Barlett of Rabun Gap, was traveling southbound on Ga. 15. For unknown reasons, the driver failed to maintain his lane, crossing the dividing line into northbound traffic. Other vehicles plying the north travel lanes crashed into the Jeep, causing major traffic disruption.

The couple traveling in the motorcycle died at the scene, while the motorist who started the chain-reaction collision sustained only minor injuries. Medics took him to Mountain Lakes Medical Center for medical aid.

The incident remains under investigation by the NCTR.

It is advisable for victims involved in auto crashes to seek counsel and representation from auto accident attorneys. 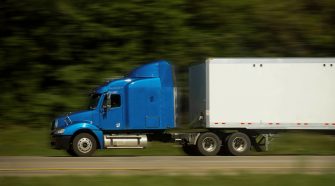