The Tarrant County Examiner’s Office on Thursday, May 21, identified a North Texas man, Armando Salgado, 61, as the victim of a crash that occurred in East Fort Worth, Texas. Accident reports showed that the crash involved multiple vehicles, with the victim suffering critical injuries that led to his death.

The report from the Examiner’s office said that Salgado died from multiple blunt-force injuries and ruled his death as an accident. The crash occurred on Sunday, May 17, at about 9:30 PM, and involved six vehicles, including an 18-wheeler.

Reports said that the accident occurred at the 14,900 block of Texas 183 in far east Fort Worth. The Fort Worth police initially reported that one of the drivers involved in the fatal wreck fled the scene. However, authorities said on Thursday that no motorist left the crash scene.

Drivers must be patient and considerate when driving on the roadway to avoid collisions with other motorists. Many road accidents occur when drivers attempt overtaking dangerously, without looking out for oncoming vehicles.

It is dangerous and ill-advised to overtake another vehicle at bends, on narrow roads, or in a no-passing zone. Many drivers disobey these rules, confusing other motorists when they do, which sometimes leads to collisions.

Patrol officers always advise drivers to drive safely and are always on the lookout for defaulting drivers who break traffic rules.

Accident reports show that a high number of road crashes occur as a result of drivers’ negligence and errors. Hence, drivers must take heed of road traffic laws, obey traffic officers, and drive safely to prevent accidents from occurring.

Next Christian Estoque Arrested After Crashing Stolen Plane in Fullerton 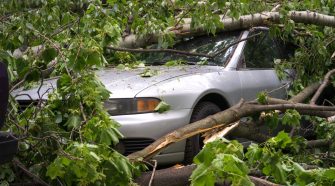