There are some jobs that are just inherently dangerous. When you leave the house in the morning, you fully expect to come home to your family at the end of the day. You wouldn’t think that working at a recycling plant is one of them. Yes, any factory job carries risks. But it’s not like we’re talking about someone who works in an oil field or gas company. Unfortunately, for 56-year old Jose Antonio Perez Ortiz, his job would end being the death of him.

The 56-year old man from Fort Worth worked for a company called Gachman Metals and Recycling in Fort Worth. The plant is located at 2600 Shamrock Avenue.

The rescue crews and authorities were first called to the scene to investigate a carbon monoxide leak. They were on their way there to investigate when they came upon another accident.

Apparently, there had been some sort of explosion before they got there. Employee, Joe Antonio Perez Ortiz, was found at the scene. He was seriously injured but he was still alive. The rescue crews worked on him and provided medical aid. He was then transported to the local hospital.

Unfortunately, once he arrived at the hospital, Ortiz succumbed to his injuries. The authorities are still not sure what caused the explosion. They’re also not sure how Ortiz ended up getting injured in the accident.

The company that owned the recycling plant has not released any statement. The investigation is still ongoing and we expect more information to be released soon. 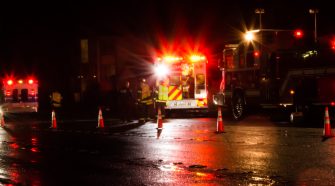