As tech giant Google has begun to double-down on their self-driving car experiment, it’s left a lot of people wondering how long it would take for flaws in the system to show up.

In mid-February, a Google car had collided with a city bus in Mountain View, CA and local police had found the autonomous car completely at fault for the accident. While there were no injuries, the report had to be — at the very least — out of the ordinary.

While traveling in the right turn lane, the Google car had moved to the left to avoid sand bags in the road that were protecting a storm drain. At the same time, a city bus approaching from behind, struck the car — causing minor damage. The test driver that was monitoring the ride said he thought the bus would yield to the car avoiding the hazard. Meanwhile, the bus driver stated he thought the car would yield.

While Google’s self-driving cars have been involved in 17 other traffic accidents, this is the first time the car was held at fault.

In their statement, Google has admitted the car was at fault. They went on to say they’re in the process of updating the car’s software to recognize that larger vehicles like buses are less likely to yield.

“This type of misunderstanding happens between human drivers on the road every day,” the statement went on to say, “This is a classic example of the negotiation that’s a normal part of driving — we’re all trying to predict each other’s movements.”

What if there had been an injury, you ask? Well, nobody is entirely sure at this point, since this is the first time the self-driving car has ever been found at fault. Would the owner be held liable? Would the company that provides the software be liable? Would the actual car have to appear in court? While there’s many opinions on how this would play out, nobody can be 100% positive until it actually happens.

When it’s all said and done, this will likely be looked back upon as one of the self-driving car’s “growing pains” as the new technology finds its bearings in the world.

If you’ve been injured in an accident, and it was someone else’s fault — even a robot car — it’s important to speak with a lawyer as soon as possible. Use our form below to schedule a free consultation with one of Our sponsoring attorneys who can help you navigate the law. 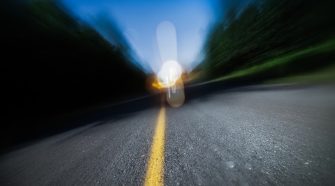 Thomas Podgorny Injured, Arrested After Chicago Crash That Wounded 2 Others