On Saturday, Samantha Loggins and her two children were out picking up a cake for her boyfriend’s birthday when tragedy struck.

Loggins, of Sautee Nacoochee, stopped on GA-11 at Joe Turner Road when Gary Olsen, of Cleveland, stopped his Toyota Tundra to turn left.

A third car, driven by Heather Morgan, 30, of Clermont, “was following too closely” and ended up hitting Loggins’ car in the rear, according to Georgia State Patrol.

Loggins’ 2-year-old daughter Ava was sleeping in the back seat. She was severely injured and was flown by helicopter to Children’s Healthcare of Atlanta at Scottish Rite. Ava suffered a severe brain injury. Ava’s mother, the driver Samantha Loggins, broke her leg and Ava’s 4-year-old brother, Eli Murphy, suffered a concussion in addition to scratches and bruises.

“The back of the driver’s seat actually broke from impact because we were hit so hard,” Loggins said.

Owen Morgan, 14, was taken to Scottish Rite. Heather Morgan and her three other children— 4-year-old Paysley Morgan, 8-year-old Jasper Morgan and 13-year-old Zaylei Morgan — were taken to NGMC. At this time, their condition has not been released.

Gary Olsen and passenger, Tamera Olsen, 55, of Cleveland, suffered minor injuries but were not transported.

According to Georgia State Patrol, charges are pending.

Next Pascuala Casteneda Identified as the Woman Who Lost Her Life in U.S Route 95 Accident 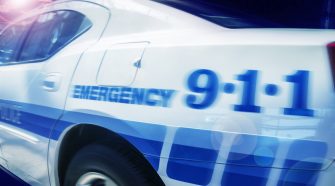