Two people were killed in Georgia on Saturday night after their motorcycle was rear-ended and shoved into oncoming traffic.

According to Georgia State Patrol accident reports, the victims are 32-year-old Patrick McCloud of Temple, and 31-year-old Danielle Carteaux of Dallas. The two were a couple.

Deputies said the crash happened just before 9 p.m. on Ga. 101 in the area of Union Community and the Carroll County line.

Preliminary investigators suggest that Allynda Jackson of Villa Rica was going south when she hit the Harley-Davidson motorcycle.

The crash sent the Harley-Davidson into the path of a Honda Shadow motorcycle that was heading north on Ga. 101.

The driver of the Honda was identified as Aren Roland of Roopville.

Neither Roland nor Jackson suffered serious injuries. Up to Tuesday afternoon, neither of them had been charged.

The crash remains under investigation.

Patrick’s friends have created a GoFundMe page to raise funds for his family. He is survived by two children.

Thirteen other people were killed on Georgia’s roads over the Memorial Day weekend according to accident reports.

Many of the crashes involved motorcycles but investigators said it appeared other motorists were at fault.

Overall, troopers investigated 317 crashes this year compared to 396 in 2019.

There were 188 injuries, State Patrol revealed on Tuesday.

Meanwhile, troopers arrested 317 people on suspicion of driving under the influence. 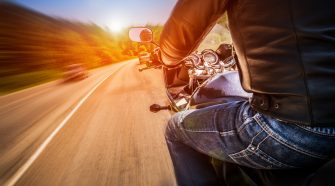